A downloadable game for Windows, macOS, Linux, and Android

Bound By Blades is an Action RPG inspired by Monster Hunter with unique combat & brutal bosses.

Features of Bound By Blades

Slay large monsters through perilous combat, learn their maneuvers in order to survive the battles and come out ahead. Harvest their remains and craft a sweet new set of gear!

Bound By Blades is designed for players of all types and is meant to allow any adventurer to embark on this challenging journey. The combat system is vast in allowing a variety of attacks like Quick Attacks, Strong Attacks, Combos and Unique Combo Finishers. But you'll need to survive too, so you'll need to master Blocking, Dodging, Running, and Healing using potions in the midst of battle. The game may look simple, but it opens itself to a wide dynamic of gameplay and challenges through the bosses' abilities and the necessity to master your own.

Learn the Lore of the Lands of Ashmyr

In-between battles talk with the NPCs in town to gain insight on where the Ilcyon came from and the stories of each one. Gain knowledge from the village elder, Eldros as he helps give tips on tackling each battle. And learn the lore of stories told within the world from Finny, the "magical and real heroine" of Bound By Blades.

And Watch the World Grow

Bound By Blades is an indie game, and is being developed for all the players who love RPGs. The game will grow with all the feedback given, from now, to the release and hopefully through the future as well.

Check out more on our site: https://boundbyblades.com

Join our Discord to chat with us: https://Discord.gg/bbb

I love how the visuals, music, and art style fit with the game mechanics. Controls are tight and great with a standard XBox Series controller. I love the battle mechanics based on creative use of simple options.
I was drawn to this game because of the images and video as well: I could tell what the gameplay loop was like in less than 10 seconds.

One thing I'd like is some more use for blocking, because at this "meta", it seems like dodge only glass cannon with the auto-dodge ring to save you if you goof seems like the only option for S and S+ ranks. (Block is essentially useless on the last two enemies since they over-use damage over time and projectile spam that overloads block/burrow on at least swordsman/archer.)
I assume the damage over time is to discourage sitting in one spot and reflecting back projectiles for the whole match? To avoid this, one suggestion would be to have a boss that has very clear revenge attacks or gets healed from getting hit by reflected projectiles, so your option would be move or block. (Although if you keep the reflect on block mechanic, make sure revenge isn't triggered by the block or have some hint to not bring reflect rings to that fight. Otherwise I'm sure players will just be like me and equip the "superior" dodge ring.)

Thanks for a quick, fun experience! I'd definitely pay for new encounters.

Thanks for the great feedback :)
In the more recent version I buffed Teo's block, and there are definitely later bosses that using both block & dodge will help greatly.

No joke this game is damn cool from the art to the sounds to the play style it's a good one. Keep it up

I love it but one time the game glitched out and the gallow one-hit me with a full healthbar.

Wow, never even heard anyone having that bug before. We're pretty far ahead on our internal build so it was probably fixed a long time ago. If you want to check it out, you can join our discord - Discord.gg/bbb

The game is so flipping goddamn great, the plot is quite interesting and the battle system feels wonderful to play
The difficulty of the bosses are ok, even tho i had to get 4+ on everything to beat the last boss, it felt ready great when i did it

Thanks a lot for the kind words! Balancing is something that we'll be continually updating as we make progress and won't be final til release as we add more bosses and smooth out the difficulty curve more.

I think the game is good, but the bosses are too hard (especially the last two) so you definitely wanna turn that down a bit. But overall it's a good game, and the bosses are amazing!

Thank you! With limited amounts of bosses and only one mode it's hard to find the right balance. We just added difficulty modes in our dev build, and we'll spend more time in balancing after building the remaining bosses.

This game is just insane, the gameplay is original I hope i will see the full game one day. (I LOV FURRIES)

This game was awesome! I have never seen a battle mechanic like this before, and im so glad i came across this game. I was able to play multiplayer just once tho, i couldnt connect to anybody (either lack of players or it only connects locally, idk) but it was still a cool experience. Can't wait for the full game!

Thank you! Multiplayer is online and set to the same server (US West), there just aren't many players who are online at a time since it's a demo. If you'd like to try out the MP, join up on Discord: Discord.gg/bbb

Is this the full game or just a demo?

This is just a demo.

Reply
Dietrich The Pyromancer2 years ago(+2)

Very nice. What engine was used?

Thank you, we use Unity

This is a pretty neat idea! It feels like a 2D monster hunter, and each boss felt pretty different. The art and everything looks pretty good as well, definitely give this a shot if you're into Monster Hunter at all! Props to the developers.

Thank you so much for the video and kind words!

I definitely think this game shows promise. What's there needs a bit of tightening up, but overall I like what I see so far.

Thanks a lot for the feedback and kind words!

wow, this has come a long way. looking great!

I tried it on the OUYA, (Android 4.1, OpenGL ES 2.0), it starts, animations works, and also the background music is there, but can't go beyond the start-screen, controller input does not work. Also tried mouse input. Nothing.

Thanks a lot for testing it out - I replied to you in the gamejolt post.

A rail fighter that's a bit rough around the edges, but has great potential.

Gameplay-wise.. I'm on the fence about it. On one hand, the "rail fighter" system does make things interesting. It does take a lot of getting used to and is not intuitive for a fantasy-style game. I'm more of a fan of freedom-of-movement, but the concept does work for this game.

Graphically, I dig the art style. While the animations aren't 100% polished, they're absolutely fine for an early demo.

The soundtrack is beautiful. I can't gush over the sound effects as much, but there's nothing offensive about them, neither.

The controller inputs are straight-forward. However, I must complain that the game switched around input notifications between the controller and the keyboard. It should be locked on one or the other, depending on if a controller is active. I've been having a ton of trouble with this on Spyro Reignited Trilogy as well, so perhaps this is more of a problem with PC games in general. Or, perhaps my rig's haunted. Who knows?

I can't comment on replayability, considering this is just a very short demo.

Overall, Bound By Blades is a little rough around the edges. However, despite its flaws, I see great potential in this game.

Thanks a lot for the video and feedback!

Thank you for the kind words and the great video!

Some really gorgeous art. Will this be getting a Mac release (or demo)?

Thank you! Unfortunately for now we don't have Mac planned to support in case there are some issues mid development with it (Mainly looking at the Multiplayer aspect there). There is a chance if all works well, we can support it after final release, but for now we act more cautiously to ensure we can deliver on time.

Ah okay. That's too bad but I'll keep checking up on this just in case. Thanks for the response!

Just in case you haven't checked it out, we did upload a Mac build recently since we're no longer doing Multiplayer. Try it out and let me know if any bugs come up!

10/10 I love the Graphics and the cooperative mode c:.it's too beautifull.

Good development so far I like this, took a bit of time to figure out still a few bits more, look forward to the full version.  I also recommend the indiexpo.net website for your game too there is a lot of traffic there for games like this.

Hey thanks a lot! I'll check out indiexpo and post there too!

Just found out about this game and I am SO Excited for it  to come to Kickstarter. The environment style and UI are very impressive.  I would love to contribute to the game myself if you need a concept artist or illustrator. My portfolio is at https://www.rubidotrinh.com/ . Good luck! :D

Thanks so much! Your work is really impressive as well! We can discuss further in email, you can reach me at Zeth@boundbyblades.com

It's still in development, so no downloading yet. We're heading to Kickstarter later this year with a demo though for everyone to try, so keep an eye on us to test it out!

Hey, thanks a lot! 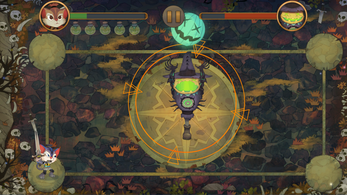 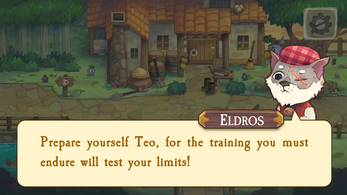 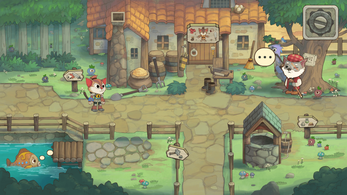 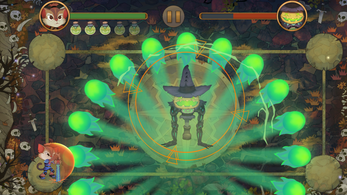 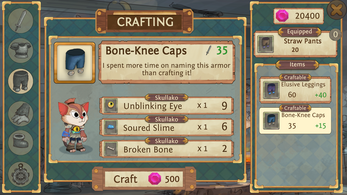 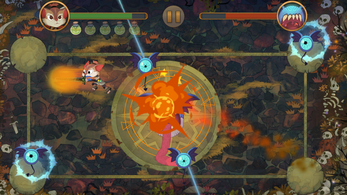 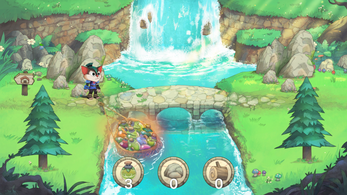 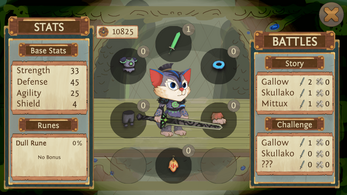